The moment I knew YTT changed my life

Okay so there probably have been a few moments so far throughout the last eight weeks that have felt life changing but the moment that I felt something so deep within yet so out of body was the moment I knew my life was never going to be the same.

During week four we started to dive into the world of chakras. This was a topic I was really excited to learn about and one that I knew very little about. During class, we did several exercises that were really wild and almost felt like magic was happening in the room. I normally have such mixed emotions with magic. I’m the type of person who just wants to know how the magician is doing the trick so that I can understand it and know the inner workings. But with the magic that was happening in the yoga studio, it was like I didn’t need to know how or why I just could feel it and I trusted in that magic in that moment. I think one of the biggest lessons I’ve learned in yoga teacher training is to really let go, stop questioning everything, and just let things come as they come. I’ve been a planner all my life. Ever since I was a child, I’ve created “to-do” lists. My sister and I have very funny memories of us waking up super early on a Saturday morning and grabbing pen and paper to write out our daily list of everything we wanted to do that day: coloring, watching cartoons, playing dress-up, riding our bikes, etc. I would even insist on making a time limit to everything as well, just so we could make sure to really fit it all in. HA. I definitely was a little crazy, still am!

So when I would ask about future lessons or what was going to be on our test at the end of the eight weeks, I was often told that I would find out soon. Don’t worry, we will be talking about that soon… ugh my worst nightmare. But I had no choice but to wait until it was time for me to know the things I wanted to know. It was a huge eye opener for me that I really need to be more present in the here and now and not worry so much about the future. It can be really hard to not focus on the future but being in yoga teacher training really snapped me out of the future and pushed me into the now and I couldn’t be more grateful for that. Now back to the day we had our chakras lesson, afterward we learned about the Wim Hof Method – a breathing method that consists of rapid breathing that makes you feel relaxed but invigorated and essentially makes you high on oxygen. We weren’t really told much other than to spread out in the room and lay down in savasana. We were then told that we would be doing a guided breathing exercise that would lead into a guided meditation and sound bath. I was sort of nervous as we began but as we were told to breathe over and over again for 30 breaths it was almost as if I was literally floating out of my body. My entire body felt numb but alive, it was hands down one of the most authentic and insane feelings I’ve ever experienced in life and completely life changing. It’s one of those experiences you have to experience to really get it but something altered in me that day. As the breathing exercise ended and we moved into the sound bath meditation I was completely unaware yet aware at the same time. I’m not one to find comfort in savasana always but in this particular moment, my body felt like one with the earth below me, as if I was melting into the floor and swirling around it like the sound of the sound bath. I was only brought back into my body as the sound moved closer to me. As the meditation came to a close we were told to reawaken and slowly leave the room once we felt ready. When I finally opened my eyes it was almost like I opened them to a new person. I felt like we had just laid down but when I walked out of the room and saw the time I realized we had been doing that exercise for almost 30 minutes. I was shocked! I was finally able to bliss out completely, something I thought might never happen for me in yoga due to my on edge personality and urge to always want to be in control of everything. It was so freeing to let go, to release that control, and let myself experience authentic bliss.

Ever since that day, I’ve tried to hold on to that feeling. I think doing more breathing exercises and sound meditations are definitely in my future. Have any of you ever expereinced the Wim Hof Method or a feeling similar to this?! I would love it if you shared your stories below! Also, if you’re curious about Corepower Yoga’s 200 hour Power Yoga Certification they have Fall 2017 YTT sign ups happening here: https://www.corepoweryoga.com/yoga-teacher-training — check it out!!!

This post contains affiliate links. Purchases you make through these links will help fund the work I do here on Fittybritttty.com at no extra cost to you. Thank you for your constant love and support!

Ballin’ on a Budget with Brandless

Healthy Habits on a Budget

Britney is the fitness and wellness blogger and influencer behind the weight loss journey and lifestyle blog and Instagram, FittyBritttty. She transformed her life over 6 years ago by losing over 85 pounds. When she isn’t caught up in social media and blogging, you can find Britney sweating it out on her yoga mat, blending up green smoothies in her Vitamix, hanging out with her family, enjoying a glass of Rosé and shopping — because that is totally cardio, right?! 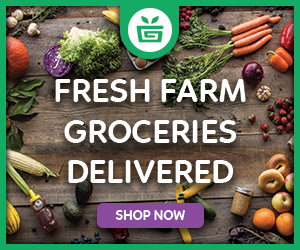